The North Alternate Oregon Trail (NAOT) was created in 1852 when a group of trappers created a ferry above Salmon Falls on the Snake River. Promising better water and grass than was available on the main Oregon Trail, the weary emigrants gladly followed the promise of the trappers. Unfortunately, the route soon proved to be the deadliest route in Idaho. Although only used for 3 years, the NAOT was littered with abandoned wagons, dead animals, and the graves of dozens of emigrants. It has some of the most interesting diary accounts of anywhere in the state of Idaho.

Read more about the rediscovery of the correct route of the NAOT and a possible massacre which occurred along the route here. 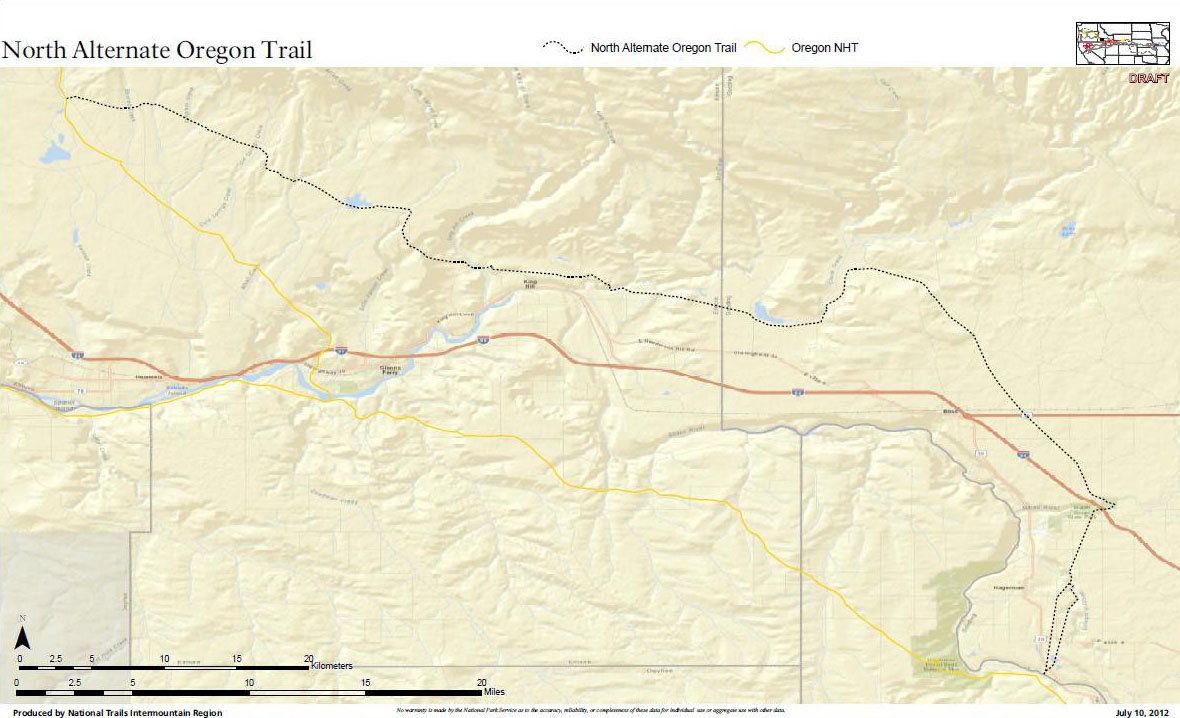 A great deal of research and field work has gone into the North Alternate route. A possible gravesite / massacre site has been discovered which has been verified with cadaver dogs, multiple sessions with ground penetrating radar, and a magnetometer. Although one diary account has been discovered referencing the location as the site of an 1858 massacre of an entire wagon train, the mystery is not solved and the search for more information continues.